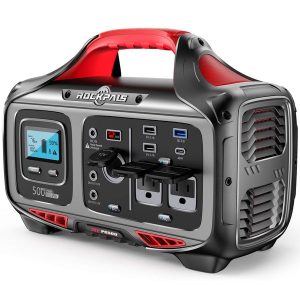 Solar Batteries And How They Work

The main agenda of using solar batteries is to use the electricity that is produced by the solar panels as when the batteries are not used, all the excess electricity will be transferred to the grid and used by other people without taking full advantage of this energy by yourself.

Long story short, solar batteries storage works by storing the excess energy produced by photovoltaic cells. With the low rates in export tariffs, the batteries prove to be more beneficial for long-term investment. Moreover, the second benefit of using the battery is that it saves people from power outages and prevents dependence on mere grid supply.

The technology of battery storage:

We have discussed the general working principle of battery working in the above section, but this technology also has variations. There are two popular types of battery storage lithium-ion and lead-acid. Generally, lithium batteries are more preferred by solar panel companies as they are more reliable, stores energy for a more extended period, and have more depth of discharge. Depth of release is a battery’s ability to which it can be used.

This battery has a higher depth of discharge, longer lifespan, holds energy for a more extended period, and contains a more compact and preferable size. However, this battery also costs more than the other one due to these characteristics.

For years, lead batteries have been used as a non-grid option. After introducing new technologies, this battery is still being used at very pocket-friendly prices. However, their popularity fades due to the low depth of discharge and shorter life span.

The battery is an excellent backup for the solar panels, ensuring that you get the best energy from your solar power system. So some of the benefits of solar batteries are as follows:

On sunny days when there is no one at home or when there is more power than you need, it is evident that this excess energy will be transferred to the grid. However, it is beneficial if you join a net metering program, it can aid you to earn some money, but still, it is not going to be 1:1 of the energy you produce. Thus, these storing batteries can help you store the extra energy for your later use and reduce your reliance on the grid.

At the time of power outages, these storing batteries aid you in facing the situation. It saved enough energy that you are not dependent on the grid alone but can power your appliances every time.

The grid usually produces energy through fossil fuels that release carbon particles into the environment. Thus, this energy is generally known as dirty energy. Therefore, when your solar panels don’t produce enough energy, you will automatically use harmful grid energy.

It is known that the solar panels didn’t produce energy at night; thus, when the sun goes down, one has to rely on the grid. By having solar batteries, you can store energy in the daytime and then use it at night. This will give you grid independence and keep your electricity bill low. 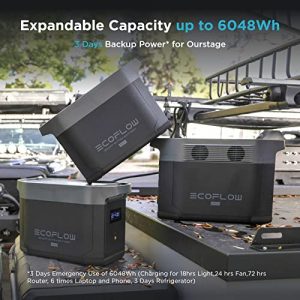 The solution as a backup power:

The noisy gas-power backup can be a hassle; thus, when one uses these solar batteries, you will be free from such situations.

After reading about the importance of solar batteries, everyone understands that batteries are must to have with the solar system. Still, one may wonder how to buy a perfect storm or the criteria to buy the best one. Then let me suggest to you some of the critical factors that one must consider while purchasing any battery.

These two are the scenarios that everyone must keep in consideration. You can stack multiple Solar batteries for your desired wattage depending on what you plan to use the stored energy for. However, there are some best solar batteries from trusted sources that can be considered for their solar power.

But in this great saturation sometimes it become confusing that how much batteries are required for a particular solar panel. So let’s just give an estimation of it: